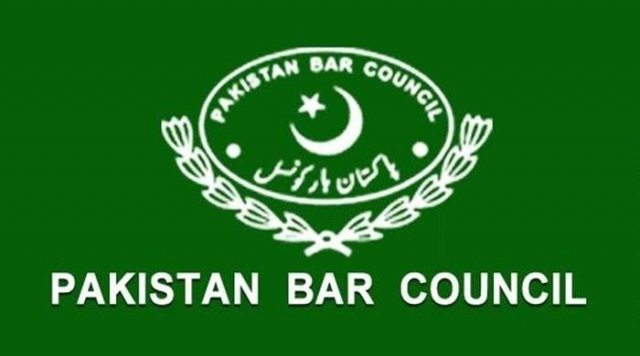 Khushdil Khan from Peshawar on Thursday was elected unopposed as Vice Chairman of Pakistan Bar Council (PBC) while Muhammad Faheem Wali as Chairman Executive Committee of the council. The first meeting of the newly-elected members of the Pakistan Bar Council was held on Thursday in the council’s office, Supreme Court Building, Islamabad, with Khalid Jawed Khan, Attorney-General for Pakistan & Chairman, Pakistan Bar Council, in the chair. Later, the newly-elected body of the PBC reiterated its earlier stance for ensuring meaningful consultation with representatives of the Bar, before initiating names for appointment of judges of superior courts and making the process fair and transparent. The council expressed its serious concern on delay in appointment of judges in different high courts against the posts of judges lying vacant since long. The council was dismayed on long delay in making appointment of judges in the Lahore High Court, where almost 20 posts are lying vacant since long. The council maintained that as the present process of appointment of judges being not fair and transparent, parliament should look into the matter for bringing about appropriate amendments in Article 175A of the Constitution. The Pakistan Bar Council has also constituted a Special Committee, headed by Farooq H. Naek, to formulate proposals for amendments in the Constitution. Similarly, the PBC expressed that it is the longstanding demand of the legal fraternity for making public the proceedings of the Supreme Judicial Council in respect of complaints and references against judges of the Superior Courts was never acceded. Likewise, the council urged upon the Chief Justice of Pakistan for making suitable amendments in the Supreme Court Rules, 1980. Similarly, the PBC demanded independence of judiciary and onslaughts of the Executive against the independent judges of the Superior Courts, specially against Justice Qazi Faez Isa, and expressed its resolve that it will continue to strive for the supremacy of the Constitution.