The legal profession, conduct and justice 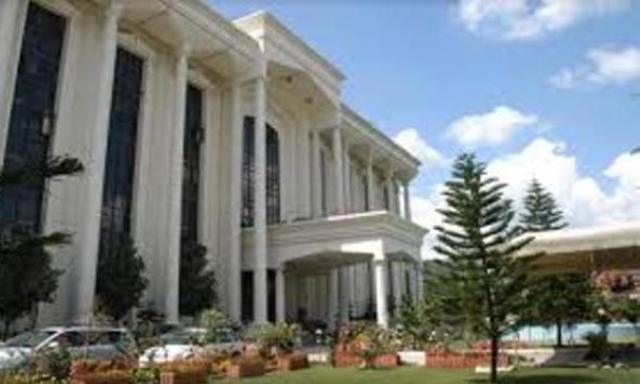 The legal profession is considered as the main building block of the justice system world over and is thus, needless to say, much revered. The efficacy of a legal system depends upon the dispensation of justice, and this is possible through coordination between the legal professionals and the courts. The efficacy of the legal system and dispensation of justice without their assistance to the court is not possible in an adversarial justice system. The legal justice system is immensely burdened with the responsibility to deliver justice and review executive decisions. Therefore propriety demands an exemplary conduct from all those who are part of the system, whether they are judges or lawyers. Professional bodies of the legal fraternity the world over have devised professional ethics providing the do’s and don’ts for regulating the conduct of their members. These professional organisations keep a watchful eye upon their members, to make sure that everyone adheres to the moral and ethical standards. The moment any member violates that moral code, severe action is taken against that violator. The legal fraternity and the Supreme Court of Pakistan have also embraced a code of conduct to regulate their behaviour on the same tenets as the one observed in all civilised states of the world. Under a notification on September 2, 2009, the concept given is that justice in Pakistan is of divine origin woven into constitutionalism and the rule of law. As such, judges are under obligation to submit to the Constitution and the law, and to dispense justice in accordance with the law, good conscience and equity. Thus, according to this promulgation, judges have to be the living embodiment of these powers, functions, and obligations. Accordingly, this calls for judges to possess the highest qualities of intellect and character. Simultaneously, this also requires patterns of behaviour which are the hallmarks of distinction of a judge among his/her peers. The aforementioned code of conduct also expects from a judge that while dispensing justice, he or she is firm without being rough, demonstrates politeness without being weak, awe-inspiring in his warnings and faithful to his word, always preserving calmness, balance and complete detachment, for the formation of correct conclusions in all matters coming before him. Under all circumstances, a judge has to observe complete composure and utterly refrain from venting outbursts of his or her personal feelings. Similarly, the canon of professional conduct and etiquettes of lawyers are being regulated under rules framed in pursuance of the Legal Practitioners Act, 1973. Under the rules, an advocate is required to exhibit the dignity and the standing of his or her profession by conduct. The dignity of the profession demands high standards of the knowledge of law, humane behaviour, fairness and honesty and not taking the law into one’s own hands. He or she has to be a role model, impeccably upholding the creeds of rule of law. Unfortunately, ugly scenes depicting vandalism, beatings, breaking court furniture or locking and attacking any other is not in line with the canons and etiquettes of the legal profession. Such a conduct only tarnishes the good image of the profession and in no way contributes to the development of a civilised society. Contrary to this an advocate is under an obligation to maintain a respectful attitude towards the court, not for the sake of the temporary incumbent of the judicial office, but for the maintenance of its supreme importance. Judges, not being wholly free to defend themselves, are peculiarly entitled to receive the support of the Bar against unjust criticism and clamour. In case of grievances the proper way is to send a complaint with grounds against a judicial officer. The rightful way, and the duty of an advocate is to ventilate such grievances and seek redress through a legal channel, lawfully, in order to protect the complainant and the affected person. Touting is another grey area, which not only affects the fair name of the profession but also either discourages young and budding lawyers or also leads them to corrupt practices, ultimately devouring justice. Rowdy attitude, assaults, vandalism and above all, violations of the rule of law and touts are a curse consuming the fabric of the legal profession. Lawyers are one of the sturdy pillars of the prevailing justice system. Any building raised upon such flawed foundations cannot sustain for long. The Taliban in Swat and elsewhere exploited such weak areas to advance their cause. When all is said and done, the professional bodies of the legal fraternity have to enforce the rules of conduct in order to maintain the dignity of the profession. After all we must keep in mind that liberty lies in the dominance of the rule of law.