Judicial workload piling up because of growing vacancies 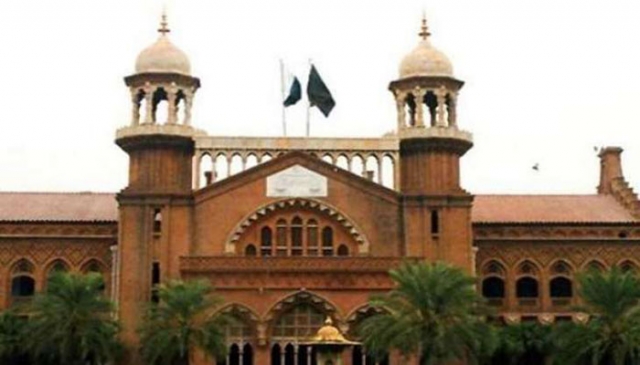 The number of vacancies for judges in the Lahore High Court (LHC) will rise to 24 in the next few months, as the matter of the appointment of new justices lingers on despite repeated nominations over the past year. A large number of senior justices of the LHC is set to retire shortly. Chief Justice Muhammad Qasim Khan will retire on July 5, 2021; Justice Atir Mahmood will be superannuated on March 8; Justice Muhammad Tariq Abbasi will turn 62 on March 30; and Justice Chaudhry Mushtaq Ahmad will retire on April 6. A total of 20 vacancies have existed for a long time, with the judicial workload increasing with every passing day. The last appointment of judges in the LHC was made more than 27 months ago. Legal experts say the disposal of cases is facing delays due to an acute shortage of judges. According to the Law and Justice Commission of Pakistan, there were 188,241 cases awaiting disposal as of November 30, 2020. The LHC chief justice has forwarded lists of proposed names more than once but they have not been approved by the Judicial Commission of Pakistan (JCP), headed by Supreme Court Chief Justice Gulzar Ahmed. At times, informal consultations were also held before sending the recommendations. After the JCP objected to some names proposed in the latest list, the LHC chief justice withdrew them. The list contained the names of 13 government and private lawyers and three district and sessions judges. Justice Qasim Khan will soon suggest new nominees, including some of those figuring in this list. The JCP, which is the authority that recommends new judges, takes decisions either by consensus or by a majority of its total membership. Apart from the chief justice, members of the present JCP are Supreme Court judges Justice Mushir Alam, Justice Umar Ata Bandial, Justice Qazi Faez Isa and Justice Maqbool Baqar, who have been inducted in the body because they are the most senior judges. Under article 175-A of the Constitution, the JCP for the purposes of appointment of judges to the Supreme Court comprises the chief justice as its chairman, four most senior judges of the apex court; a former chief justice or an-ex-judge of the Supreme Court to be nominated by the chief justice in consultation with the four senior-most judges for a term of two years; the federal law minister, Attorney-General of Pakistan; and a senior advocate, nominated by the Pakistan Bar Council for a term of two years. For the appointment of high court judges, the JCP includes the chief justice of the concerned high court, the most senior judge of that high court, the provincial law minister, an advocate having not less than 15 years practice in the high court, to be nominated by the concerned Bar Council for a term of two years. The JCP by a majority of its total membership nominates to an eight-member parliamentary committee one person for each vacancy of a judge. The committee has four members each from the Senate and the National Assembly. Of them, four members each are taken from the government and opposition, who are nominated by the leaders of the House and opposition. The committee on receipt of a nomination from the JCP may confirm the nominee by a majority of its total membership within 14 days, failing which the nomination will be deemed to have been confirmed. However, for reasons to be recorded, it may not confirm the nomination by three-fourth majority of its total membership within that period. If a nomination is not confirmed by it, it will forward its decision with reasons to the JCP through the prime minister. If a nomination is not confirmed, the JCP will send another name.